The fantastic Maserati is for sale HERE at Jan B. Lühn

If there’s a single car that defines GT racing in the noughties, it’s the mighty Maserati MC12. The Enzo-derived supercar vanquished the opposition in the FIA GT Championship, clinching 14 combined titles over the course of a seven-year career. This highly original ex-Works example is now for sale…

Do you remember the small series of grainy spy shots that did the rounds in the early 2000s showing a secretive all-black Ferrari Enzo development mule pounding around Fiorano? 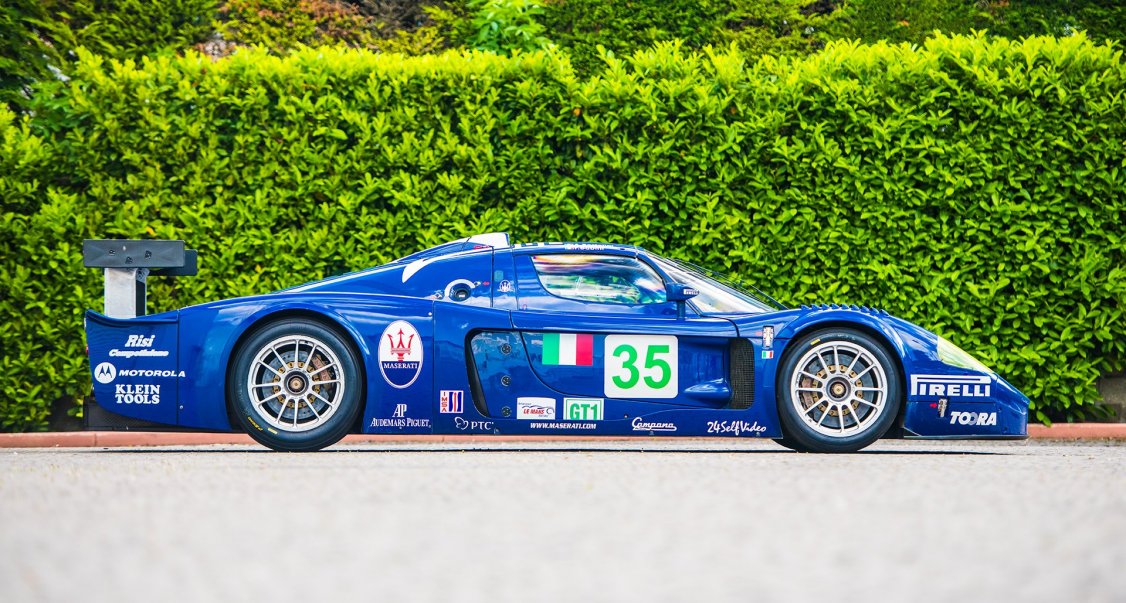 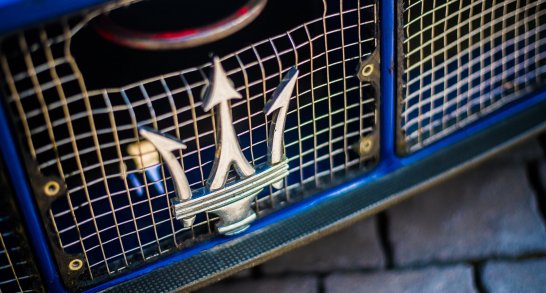 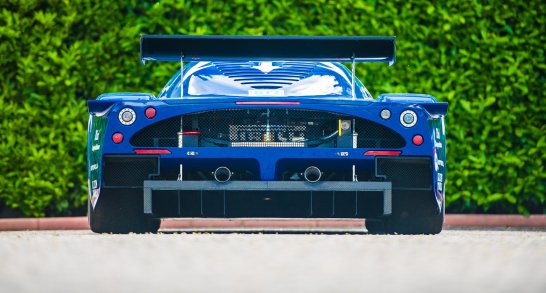 Thanks to the sinister looking prototype’s enormous rear wing, crudely fabricated tubular air intakes atop the engine lid, Speedline light-alloy wheels and primitive body kit, the automotive press speculated that this was Ferrari’s next sports-racing car, built in the same vein as the F40 GTE and ultimately ill-fated F50 GT. But they were wrong.

It was in fact the beginnings of Maserati’s MC12 GT1 project, the car with which the Trident would return to international endurance racing for the first time in 37 years. Under Ferrari’s control, and with all the Maranello giant’s resources at hand, Maserati determined that a supercar derived from the existing Enzo platform that it could take racing in the FIA GT Championship, the rules for which had been liberalised ahead of the 2004 season, was a great way of refamiliarizing the world with the illustrious marque. 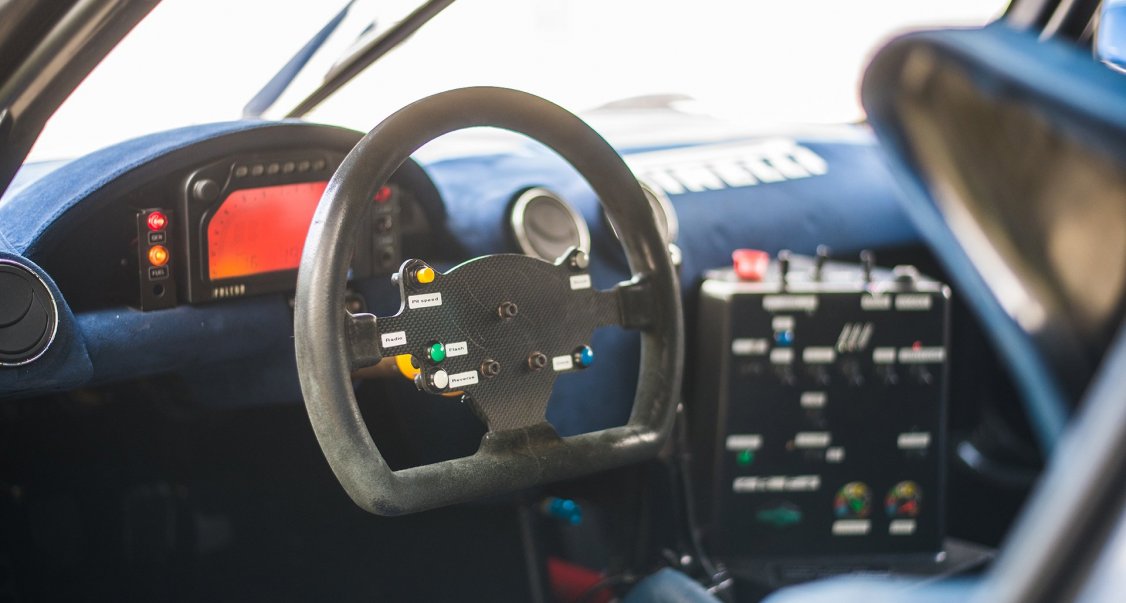 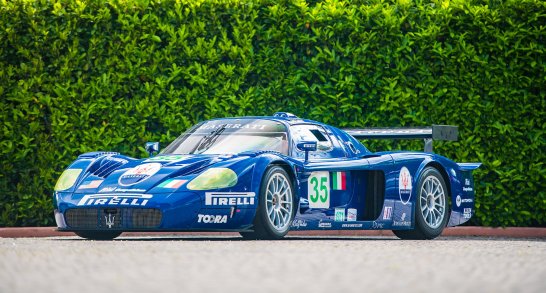 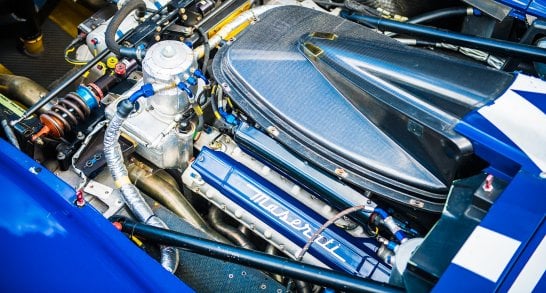 To homologate the MC12 for racing, Maserati was required to build at least 25 road-going versions of the supercar, which it duly did (it actually produced a second series of 25 cars for 2005, so there are 50 MC12 road cars in total).

The Ferrari Enzo’s monocoque chassis, soul-stirring six-litre V12 engine and six-speed electrohydraulic manual gearbox were clothed in a larger and more aerodynamically aggressive carbon-fibre frock conceived by Giorgetto Giugiaro and honed by Frank Stephenson. The only aesthetic feature it carried over from the Enzo was the windscreen. In terms of visual extravagance, we reckon the MC12 is more than worthy of its place in the furiously contested noughties supercar hall of fame. 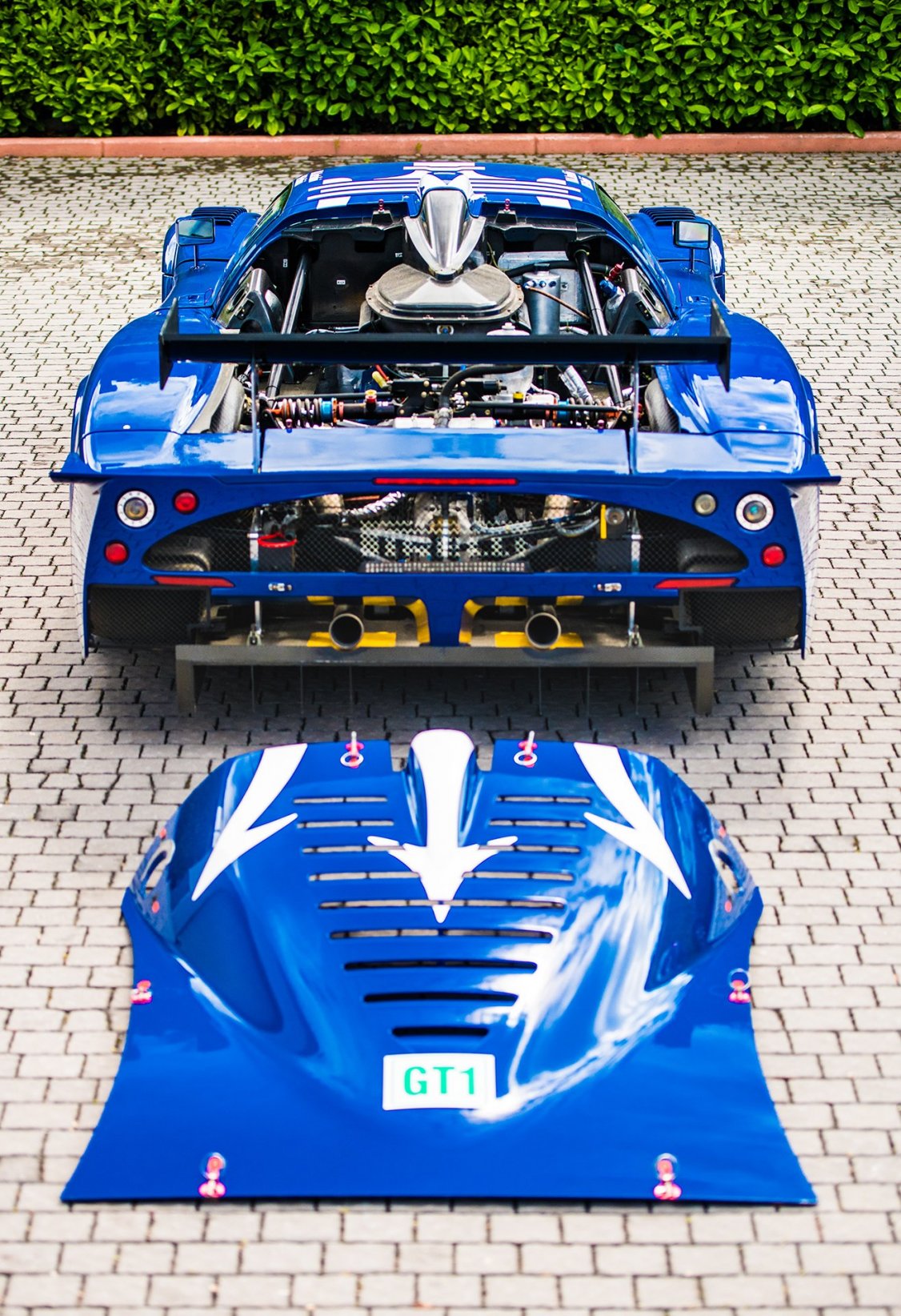 Meanwhile, development work was simultaneously underway on the racing car. And there’s the MC12’s trump card. Whereas virtually all the other manufacturers in the FIA GT Championship had transformed their high-volume production cars into racers, Maserati did pretty much the opposite.

The resulting GT1 car – which, other than its 250kg weight loss, sequential gearbox and steel-rotor brakes, was remarkably similar to its road-going counterpart – would prove to be devastatingly successful. We can’t help but think about how Porsche and Mercedes-Benz turned the endurance racing world on its head in the late 1990s with the purpose-built 911 GT1 and CLK AMG GTR. Was it in the true spirit of the Grand Touring regulations? Probably not. Did it work? Without a shadow of doubt. 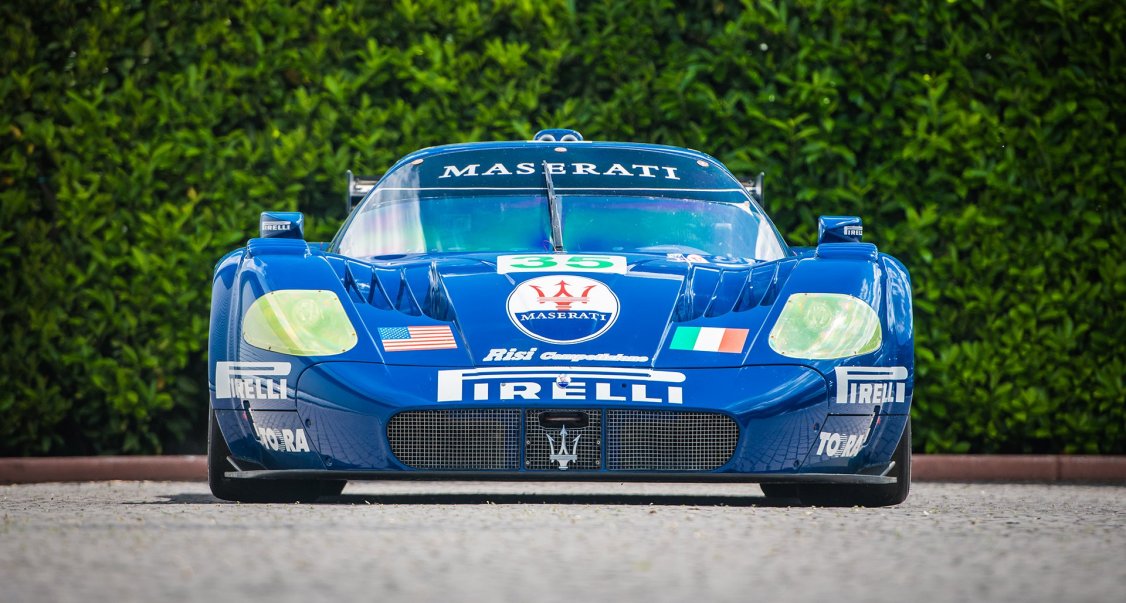 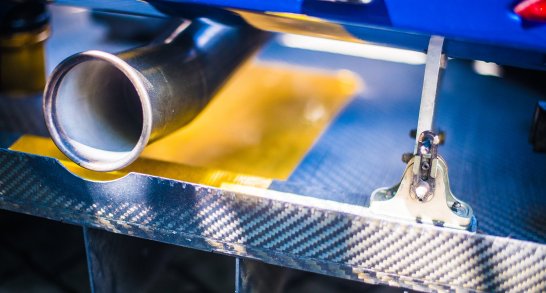 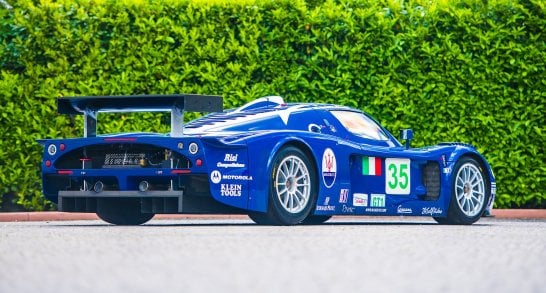 To say the MC12 was a great racing car would be one hell of an understatement. Campaigned under a plethora of Works-backed and privateer teams including AF Corse, JMB Racing and Vitaphone Racing Team, it won 40 of the 96 races it entered and over the course of its extraordinary seven-year competition career, racked up six FIA Teams’ Championships, two Manufacturers’ Championships for Maserati and six Drivers’ Championships. And the only reason it didn’t win – or indeed race – at Le Mans was because the ACO feared it would leave everything else for dust.

So, what of this particular car, which is one of the mere 11 MC12 GT1s built by Maserati and currently offered for sale with the Classic Driver dealer and competition car guru Jan B. Lühn? 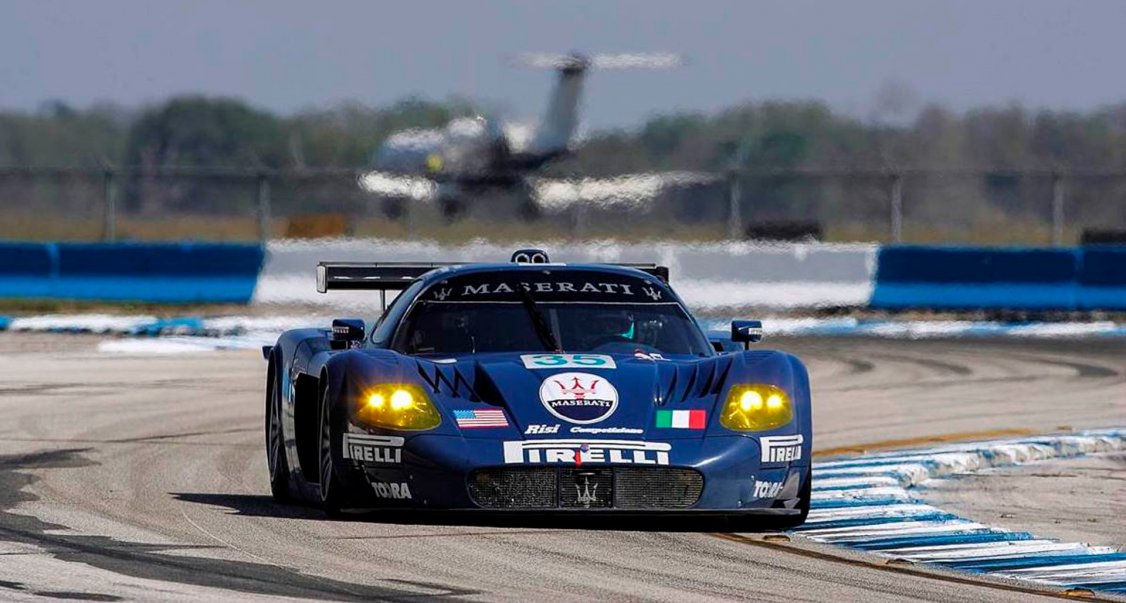 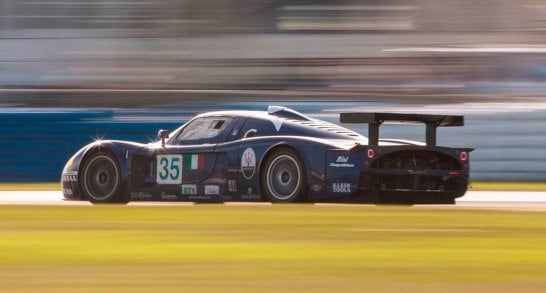 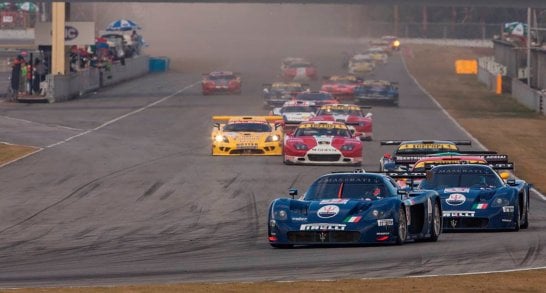 “This car, chassis 003, is one of the earliest MC12 GT1s built and was raced under the banners of the factory Maserati Corse outfit and two Works-assisted teams: AF Corse in the 2004 FIA GT Championship in Europe and Risi Competizione across the pond in the 2005 ALMS season,” Lühn comments, “It was one of the two cars that made the MC12’s racing debut at Imola in 2004, where it finished third in the hands of Johnny Herbert and Fabrizio de Simone – a sure sign of things to come.”

While an outright victory eluded chassis 003, it scored second places in Dubai and Zhuhai in 2004 and as the sole MC12 to contest the 10-round American Le Mans Series in 2005 (with special dispensation from IMSA), scored two podiums, at Mosport and Petit Le Mans, and an impressive fifth place in the prestigious 12 Hours of Sebring. Following its final appearance that year, the car was bought by a collector whose primary aim was to preserve it in the exact specification and condition in which it last turned a wheel in anger. The result today is that it’s arguably the most original MC12 GT1 of the bunch and, as an early car campaigned only by teams on behalf of Maserati itself, also one of the most significant. 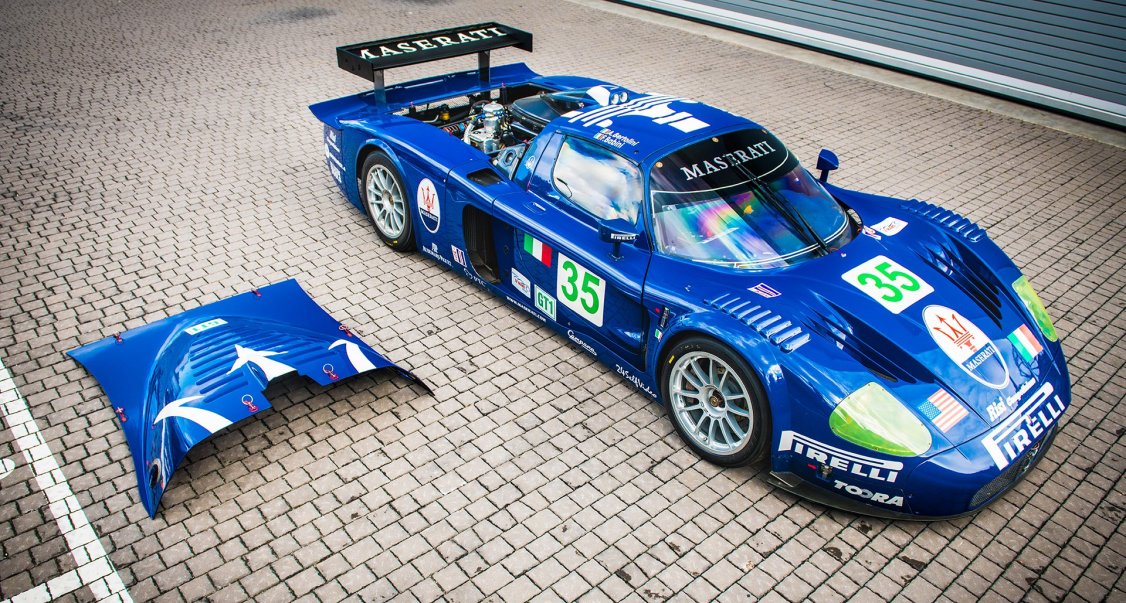 “Unlike Ferrari’s racing cars, which are built by Michelotto, the development of the MC12 was carried out by Maserati with Ferrari’s support,” continues Lühn. “It was built by the factory to be a Works car but also to be sold to ‘ultra-customers’ such as Michael Bartels of the Vitaphone Racing Team.

“The MC12 really was the car to beat in European GT racing – all the other cars competing were road cars transformed into racers, but the idea here was always to begin with a racing car and homologate it for the road. The concept was far ahead of everything else at that time. Maserati exploited the rule change and it worked.” 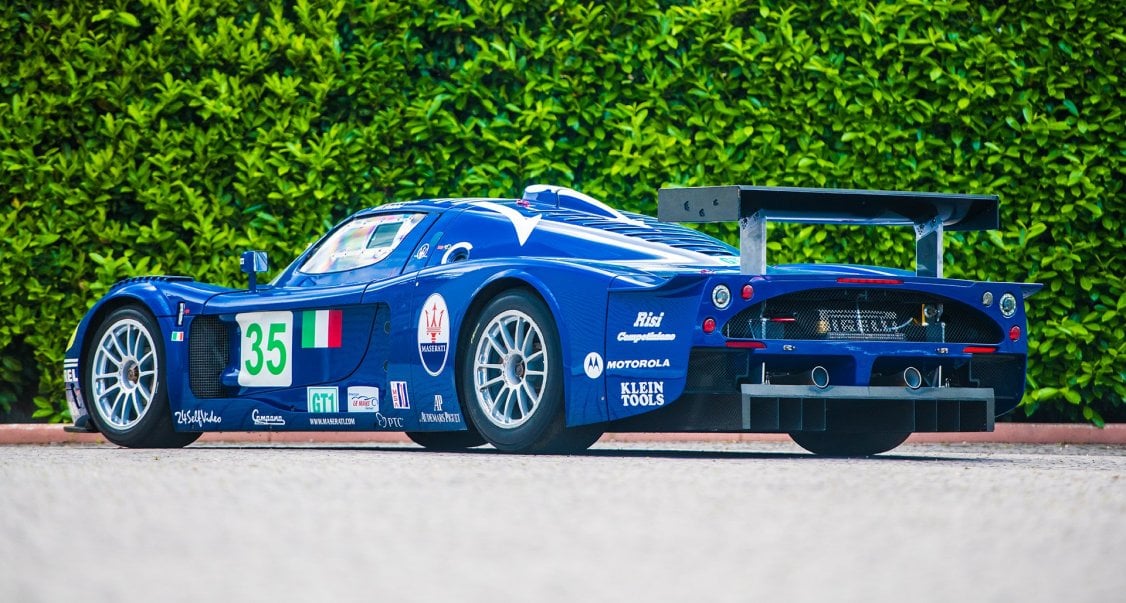 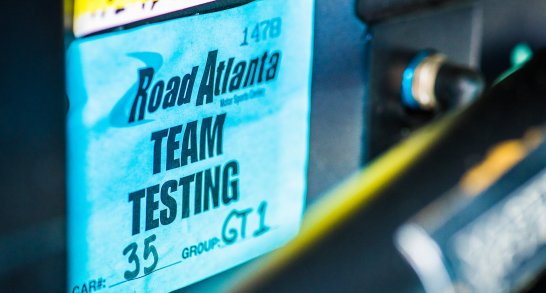 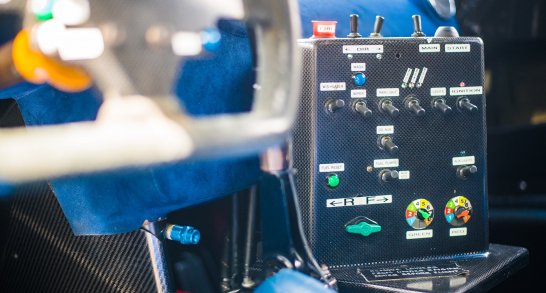 Not only is the Maserati MC12 considerably rarer than the Ferrari Enzo upon which it’s based, but it also boasts elevated status as a homologation special and is, in our opinion, far more striking from an aesthetic point of view. So why are values for the road car only on a par with the Ferrari? Lühn wholeheartedly agrees and suggests it’s a similar story with the racing cars. Although that’s bound to change with the emergence of the flourishing ‘Endurance Legends’ series from Masters and Peter Auto, which, by the way, chassis 003 is extremely eligible for, not to mention a potential frontrunner.

“If there’s one car I regret selling in my career it’s the ex-Works Porsche 911 GT1,” concludes Lühn, “but if anything comes close to that car, it’s this Maserati MC12 – I think it’s one of the most attractive modern racing cars and I just love it.” High praise, indeed. Now, who’s going to take it back to Sebring?